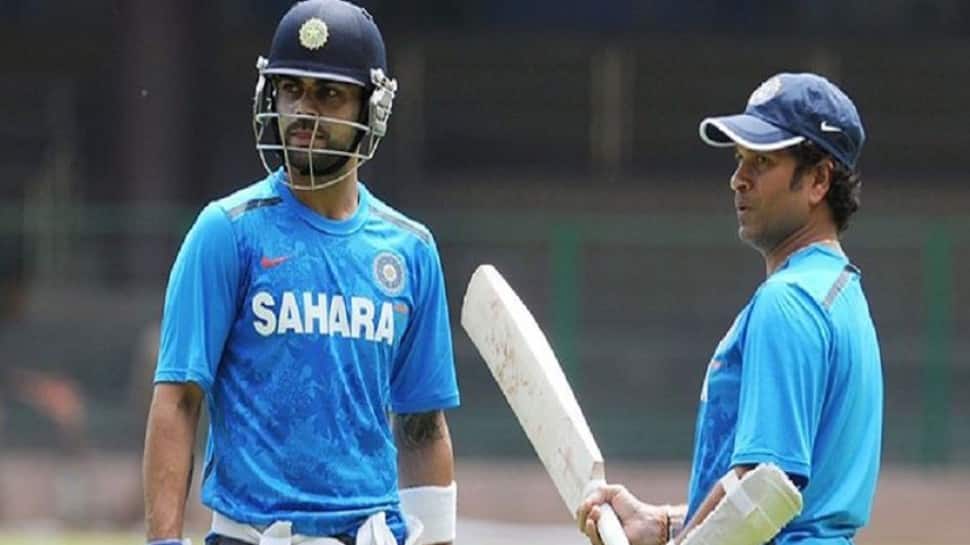 Former India captain Virat Kohli turned 34 on Saturday and the whole cricket fraternity poured up the social media with wishes for the legendary batter. From one legend to another, the Master Blaster Sachin Tendulkar also wished the batter for his birthday. Tendulkar wished Virat saying that as he blows out the candles on his cake his wish will be same as all the Indians across the globe, that is to win the ongoing ICC T20 World Cup 2022.

Sachin Tendulkar took to Twitter to wish Kohli on his birthday. “Dear Virat, as you blow out the candles in the middle of a World Cup, your wish will be the same as that of all Indians around the globe. Have a wonderful birthday and wish you all the very best!,” tweeted Tendulkar.


Dear Virat, as you blow out the candles in the middle of a World Cup, your wish will be the same as that of all Indians around the globe.

Have a wonderful birthday and wish you all the very best! pic.twitter.com/enMwEEwe1J

Lastly, he has also scored 3,932 for India in 113 T20Is at an average of 53.13. One century in 36 fifties has been scored by Virat in the shortest format.He is also a part of Team India which won the 50-over Cricket World Cup in 2011 and the Champions Trophy in 2013.Notably, India will take on Zimbabwe in their final Group stage match in Melbourne on Sunday.


India is currently at the top of the Group 2 points table with six points. They have six points to their name and have won three matches out of four. Virat is one of the stars of India`s campaign. He is the second-highest run-scorer in the tournament, having scored 220 runs in four matches at an average of 220.00. Three fifties have come out of Kohli`s bat in this tournament. (With ANI inputs)