Home Business Bank of England makes the historic interest hike to 3%, its biggest... 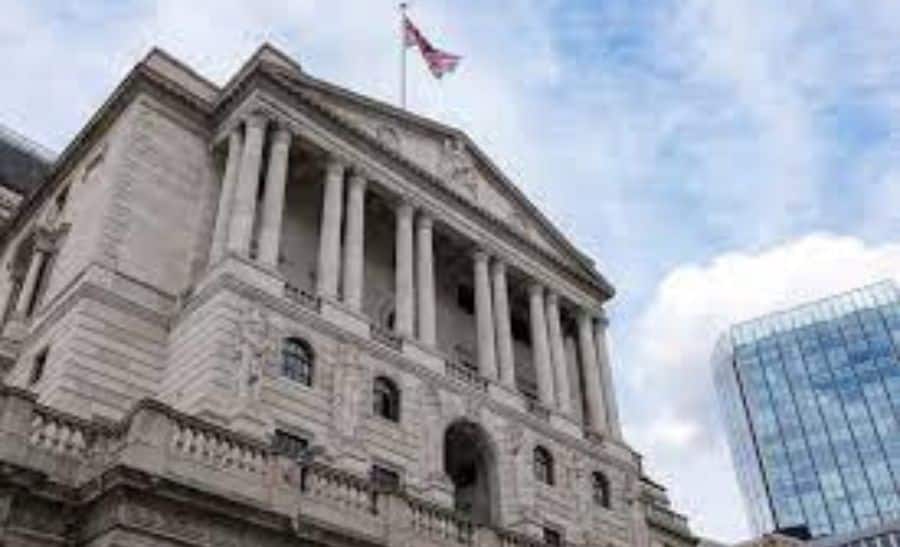 New Delhi: The Bank of England raised interest rates to 3% on Thursday from 2.25%, its biggest rate rise since 1989 as it warned of a “very challenging” outlook for the economy. The central bank forecasts inflation will hit a 40-year high of around 11% during the current quarter, but that Britain has already entered a recession that could potentially last two years – longer than during the 2008-09 financial crisis.


Thursday’s decision – the biggest in 33 years apart from a failed attempt to support the pound on Black Wednesday in 1992 – was in line with economists’ expectations in a Reuters poll, but was not unanimous.


Two policymakers, Silvana Tenreyro and Swati Dhingra, voted for smaller increases of a quarter and half a percentage point respectively, as the economy was probably already in recession.


But the majority of the Monetary Policy Committee said rates would need to rise higher still, although probably not as high as the 5.2% which was priced into financial markets when the BoE finalised its forecasts.


“Further increases in Bank Rate may be required for a sustainable return of inflation to target, albeit to a peak lower than priced into financial markets,” the BoE said in unusually specific guidance to investors.


Just before Thursday’s policy decision, markets expected rates to peak at around 4.75%.


“The Committee continues to judge that, if the outlook suggests more persistent inflationary pressures, it will respond forcefully, as necessary,” the MPC added.


Central banks across the Western world are responding to similar challenges. Inflation has rocketed over the past year due to residual labour shortages and supply-chain bottlenecks since the COVID pandemic and – in Europe’s case – a big increase in energy bills since Russia invaded Ukraine in February.


The U.S. Federal Reserve raised its key interest rate by 0.75 percentage points on Wednesday to a range of 3.75-4.0%, and the European Central Bank increased its deposit rate by the same amount to 1.5% last week. The Fed said future rate rises might come in smaller steps.


The BoE has faced weeks of political and financial market turmoil since its last rate rise on Sept. 22, as just a day later former Prime Minister Liz Truss’s government launched an unfunded 45 billion-pound ($52 billion) package of tax cuts that received a damning response from investors.


The policy was aimed at staving off recession and spurring long-term growth – but instead it pushed sterling to a record low against the U.S. dollar, forced the BoE to prop up the bond market and led to Truss’s resignation.


Markets are now more stable, with British government borrowing costs broadly back to where they were before the turmoil. On Tuesday, the BoE was able to begin selling bonds from its 838 billion pound quantitative easing stockpile.


However, the fundamental problems facing the British economy remain. Consumer price inflation returned to a 40-year high of 10.1% in September, and is likely to have risen further last month when regulated energy prices rose – despite costly subsidies to limit the increase.


At the same time, the economy is slowing sharply, as soaring inflation limits consumer spending on non-essential items.

The BoE estimates that Britain’s economy entered recession in the third quarter of 2022 and that the recession will last until the middle of 2024, causing the economy to shrink by 2.9%. Unemployment would rise steadily to 6.4% by late 2025, up from 3.5% now, its lowest since the mid-1970s.


If the BoE does not raise rates further, the recession would be shorter – with a quarter of positive growth in the middle, and a cumulative loss of output of around 1.7%


But inflation would be slightly slower to fall, remaining just above 2% in two years’ time, compared to some way below if the BoE raises rates as much as markets had previously expected.


The BoE’s policymaking is made especially tricky by a lack of clarity over future government policy.

While most of Truss’s tax cuts have been reversed, new Prime Minister Rishi Sunak has indicated there will need to be a squeeze on public spending and potentially higher taxes, the scale of which will not be clear until a fiscal statement on Nov. 17.


Energy subsidies are due to cease in their current form in April, but the BoE in its forecasts assumed they would continue at roughly half their current size, avoiding a sharp further rise in inflation next year.